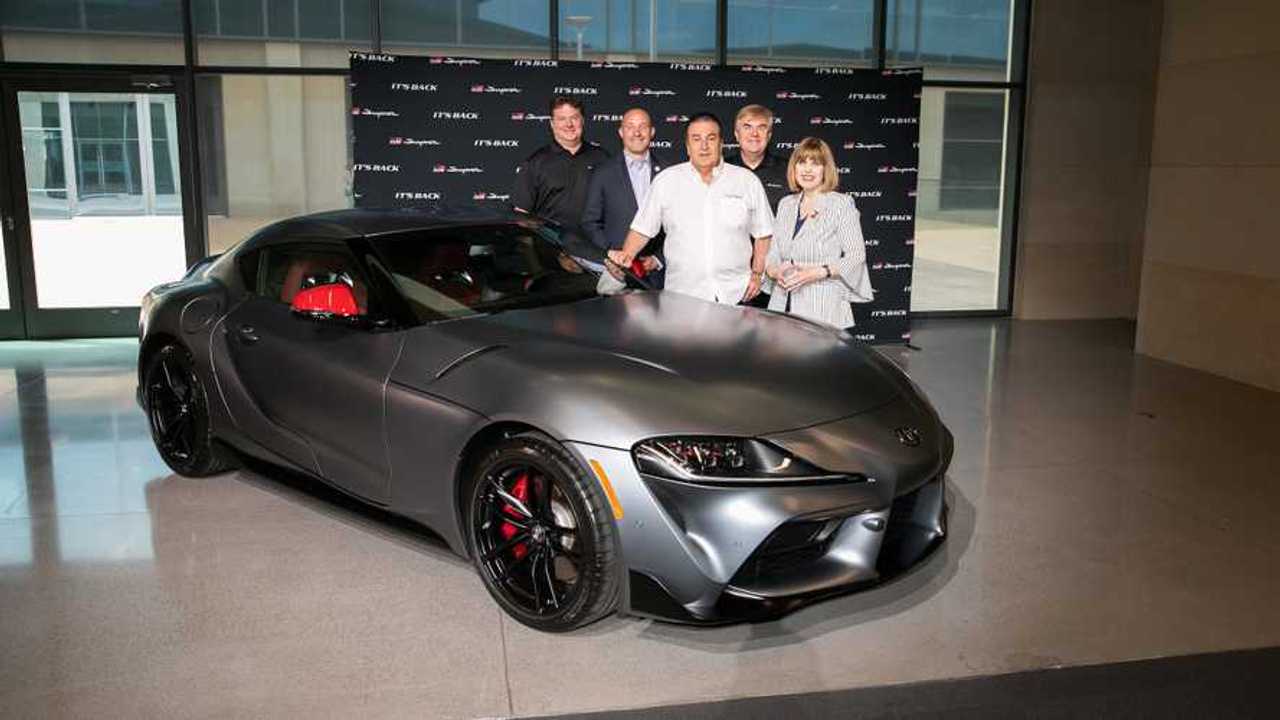 Toyota dealer John Staluppi took possession of “Global #1,” the first 2020 GR Supra to roll off the production line, at the company’s Plano headquarters on Monday.

Staluppi paid $2.1 million for the fifth-generation Supra in January at the Barrett-Jackson auction in Scottsdale, Arizona.

“Global #1” is the only VIN that will end in 20201 – with “2020” representing the year the Supra was reintroduced to the world and “1” marking it as the first vehicle to roll off the production line. The exterior is factory-finished with a matte gray exterior, red mirror caps and matte black wheels. The red interior is accented with carbon-fiber inserts. The car represents the first of the launch edition for the U.S. market.

Staluppi also received several other goodies from Bob Carter, Toyota executive vice president of sales, when he picked up his car, including a Toyota racing suit and a signed photo from Toyota Motor Corporation President Akio Toyoda. Toyoda signed the #1 Supra’s engine cover to commemorate the first Supra produced in 20 years.

Proceeds from the auction will benefit the American Heart Association and the Bob Woodruff Foundation, which serves veteran and military families.