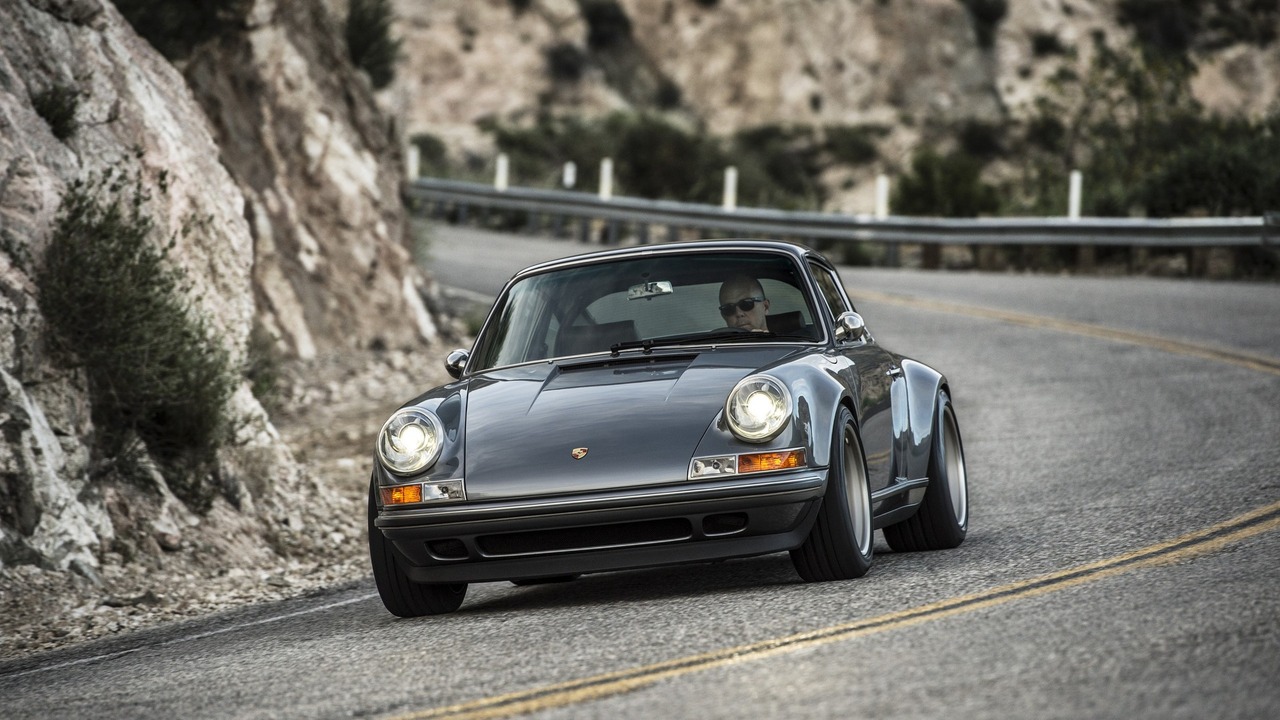 LOS ANGELES – August 17, 2016 – When Singer Vehicle Design makes its annual showing at this year’s Quail – A Motorsports Gathering on Friday, August 19th, on the lawn of Quail Lodge, numerous Singer clientele have decided to come along for the weekend ride – and if you are one of the thousands of car aficionados enjoying Monterey’s week of car culture, plenty of ‘Singer Sightings’ are sure to be found.  At least eight customer-owned 911s that have been optimized by Singer will be driven all week throughout the Peninsula -- the most to ever be seen within one geographic region at one time -- including two highly specialized restorations: the stunningly bespoke 1994 “Minnesota” coupe and the equally customized and uniquely appointed 1990 “Luxemburg” Targa, scheduled to mark their debut together at Quail.  Since 2009, Singer has delivered 50 highly optimized vehicles to customers throughout the world, and currently has commissions to restore more than 80 additional Porsche 911s within the near future.

Interestingly, the Quail event will be the first display of two of Singer’s restorations that happen to have the same Minnesota-based owner, though both vehicles couldn’t be more different.  According to Rob Dickinson, founder and creator of Singer Vehicle Design, the endless array of customization Singer offers can prompt a customer to seek personal nuances in drive-ability as well as creature comforts, opening the channels for more than one type of Porsche 911 restoration.

“The Minnesota coupe and the Luxemburg Targa are clear examples of the wide range of services we can provide our customers to enjoy,” said Dickinson.  “What seemingly began as simple color customization and engine desires has emerged into a truly bespoke means of extending a customer’s yearning for ‘special wishes.’ We’re deeply committed to incorporating nearly anything our clients can visualize and we deem feasible.”

For the ‘Luxemburg’ Targa, named for the small township in the owner’s home state of Minnesota, one of the more unique inclusions in the overall bespoke package is the ‘Tyler Tartan’ interior which has a seven-color leather weave pattern, including two oranges, four shades of blue and one cream – all to complement the Deep Orange exterior and the Navy Blue leather found throughout several perforated areas on the inside as well as on the seat bolster.  Additionally, the optional carbon fiber removable roof has a Navy canvas covering (with an additional factory folding black top provided as well).  With big Brembo® brakes, an Ed Pink-developed 4.0-liter engine and a six-speed gearbox, Luxemburg touts an overall sport appeal and has had a complete re-imagination from its original 1990 Targa days.

In celebration of the classic Targa configuration, first launched in 1965 with the iconic polished metal ‘Targa hoop,’ the restored version is beautifully rendered in Singer’s own nickel-plate, which is a special recipe created by Dickinson and adds a warm golden hue to the nickel coloring.  Dickinson notes that any Porsche 911 Targa now being modified by Singer also shares in a bit of whimsical “insider” neurosis as a special Singer touch -- rendering the Targa hoop with only two air filtering louvers rather than three louvres -- a little touch that's slightly different from the 1965 Targa, and as Dickinson points out, “one thing not noticed by many, but noticed by few.”

“For us, it’s those nuances, personified by our attention to detail that matter most,” said Dickinson, “… because our mantra remains that everything is important.”

Showcasing an elegant exterior ‘touring’ inspired look, the ‘Minnesota’ coupe began as a 1994 air-cooled Porsche 911 (also known as a ‘964’), and now revels in its own Gunmetal Gray exterior and Tobacco Brown interior, which includes full leather interior panels and sport seats that are fashioned in a suede mix weave with brass grommets.  Already boasting a 3.8-liter Cosworth® engine that reaches 350hp; a six-speed gearbox; and a roll-bar in back -- Minnesota’s owner did add a few specialized distinctions – ie, customizing the gauges with a blue tachometer, rather than the usual Singer orange.

Each customer vehicle restored by Singer is reborn out of a collaborative effort between the customer and Singer Vehicle Design, however, each special vehicle begins as a Porsche 911 and always remains a Porsche 911.  It should be noted that Singer does not design, manufacture, remanufacture, create or sell automobiles.  Rather, Singer restores, tunes, modifies and customizes existing Porsche automobiles for its customers.  Singer's bespoke services are provided solely by Singer.

Giving Back to Monterey

In light of the recent Soberanes fires, we encourage people to make a donation to the The Community Foundation for Monterey County (CFMC). CFMC has created the Soberanes Fire Fund to assist affected communities affected by the #SoberanesFire which began July 22, 2016.  Donations to this fund will provide both immediate relief and support in the aftermath of the fire and can be made directly at http://www.cfmco.org/about-us/fund-list/soberanes-fire-fund/ .

Singer Vehicle Design restores and modifies existing Porsche automobiles for its customers. Singer does not manufacture or sell automobiles. Singer is not sponsored, associated, approved, endorsed nor, in any way, affiliated with Porsche Cars North America, Inc., or Dr. Ing. h.c.F. Porsche, AG. The Porsche name and crest are trademarks of Dr. Ing. h.c.F. Porsche AG, and any other products mentioned are the trademarks of their respective holders. Any mention of trademarked names or other marks is for purpose of reference only.

The product of Singer’s painstaking effort is a Porsche 911 restored and reimagined by Singer.  Out of respect for Porsche, and to respect Porsche’s trademark rights, this incredible machine should never under any circumstances be referred to or described as a “Singer,”  “Singer 911,”  “Singer Porsche 911” or a ''Porsche Singer 911,'' or in any other manner that suggests that it is anything but a Porsche 911.