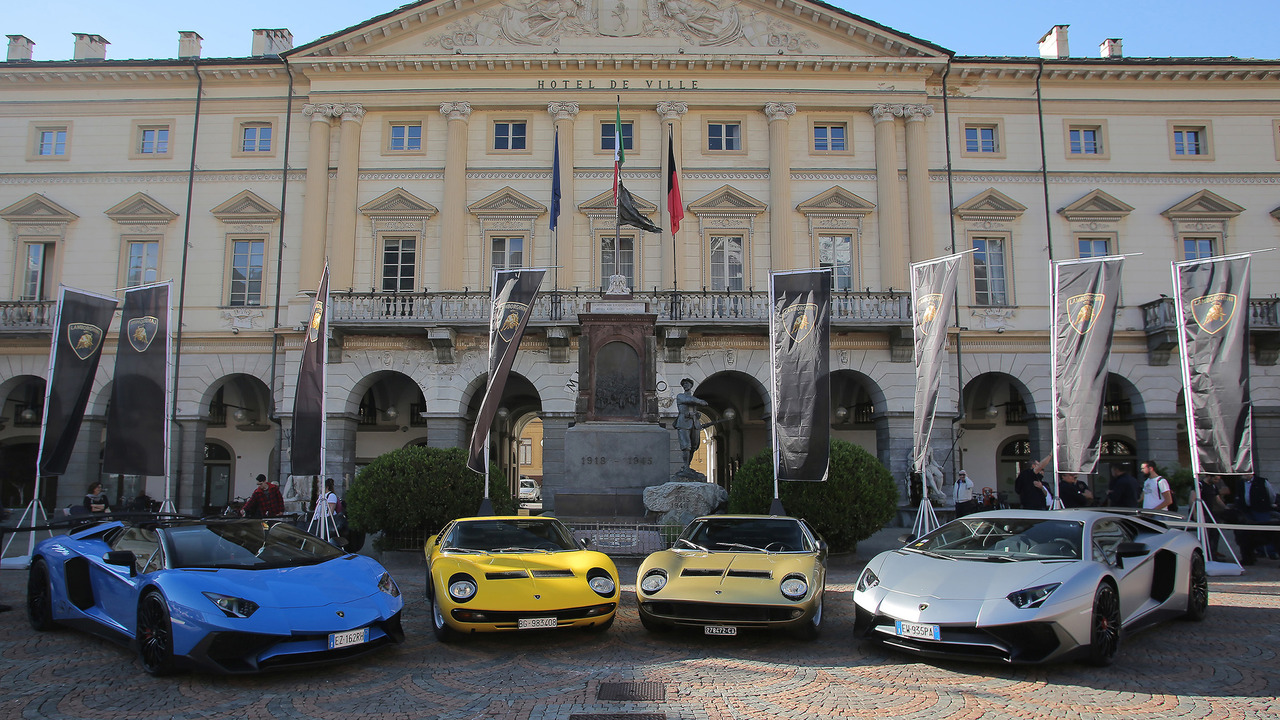 Sant'Agata Bolognese, 6 July 2016 - In the first six months of the 2016 fiscal year, Automobili Lamborghini set a new sales record in its history. With 2,013 cars delivered to customers the company surpassed the 2,000 unit mark for the first time in a half year period. Furthermore, June 2016 has been a record month in the company's history with 416 units delivered to customers worldwide.

"Thanks to the enlargement of the Huracán family, including introduction of the Spyder and rear-wheel drive version in markets worldwide in spring this year, we were able to deliver an exceptional sales performance in the first six months of 2016," said Stefano Domenicali, Chief Executive Officer of Automobili Lamborghini S.p.A. "With a solid order bank, not only for the Huracán, but also for our V12 model the Aventador, we aim to outperform the last year's sales record yet again."

Lamborghini is a global brand and sales distribution is well-balanced among the three regions: EMEA (Europe, Middle East, Africa), America and Asia Pacific, which each account for approximately one third of global sales.

Thanks to the 1,370 units delivered of the V10 Huracán model, the first half of 2016 has been the most successful semester yet in Lamborghini's history for V10 sales. Sales figures of the Huracán in the first 24 months after market introduction were up by 87% compared to its predecessor, the Gallardo, in the same period after market launch.

Deliveries to customers of the twelve-cylinder Aventador totaled 643 units. The success story of the Aventador is reflected also in sales figures for the first 58 months after market introduction, which were up by 127% compared to its predecessor, the Murciélago, in the same period after market launch.

The first half of 2016 was characterized by the market introduction of several new models. In January 2016 the Huracán Spyder had its global dynamic launch in Miami and at the Geneva Motorshow in March the one-off Lamborghini Centenario was presented as an homage to the centenary of founder Ferruccio Lamborghini's birth. Only 20 coupé and 20 roadster versions of the Centenario will be produced and all 40 cars are already sold.

Alongside the Lamborghini Centenario, the Lamborghini Huracán Avio made its debut at the Geneva Motor Show. Produced in a run of only 250, this special edition's name, colors and materials pay tribute to the world of aviation and aeronautics.

At the Goodwood Festival of Speed in June the Aventador Miura Homage made its world premiere, a limited edition of 50 units produced to celebrate the Miura's 50th anniversary.

A Miura SV restored by PoloStorico was presented on various occasions, winning several awards such as the Trofeo BMW Group Italia award at Concorso di Eleganza Villa D'Este and announced as overall winner of the Cartier Style et Luxe Concours d'Elegance at Goodwood Festival of Speed 2016.

In June 2016 Automobili Lamborghini inaugurated the new Lamborghini Museum in Sant'Agata Bolognese. The museum's layout and displays have been completely renovated, providing a new visitor experience including multimedia displays and activities. The inauguration was held to coincide with the first stage of the Miura Tour, the owners' rally celebrating the iconic super sports car's 50th anniversary, with a journey of over 500 km through the Italian regions of Emilia, Liguria and Tuscany.

Third Model in 2018 - Lamborghini prepares for a new era

Automobili Lamborghini prepares for the market introduction of its third model, the super sports SUV Urus, in production from 2018 onwards. Delivering additional growth and significant opportunities across the marque, it will also determine a substantial increase in the production capacity of the factory. Over the lifecycle of the new vehicle Lamborghini will invest hundreds of millions of Euros and hire many new employees. A construction program to enlarge the factory started in 2016.

In 2016, the Huracán LP 620-2 Super Trofeo demonstrates its performance on international racetracks in all three of the brand's one-make series - the Lamborghini Blancpain Super Trofeo in Europe, Asia and North America. With almost 100 cars on the grid worldwide, a new record has also been achieved in the Super Trofeo Series.

Lamborghini Squadra Corse has extended its GT3 program worldwide for the first time ever: more than 40 Huracán GT3 of 20 different customer teams are involved in 13 GT Championships and almost 80 race weekends all over the world.