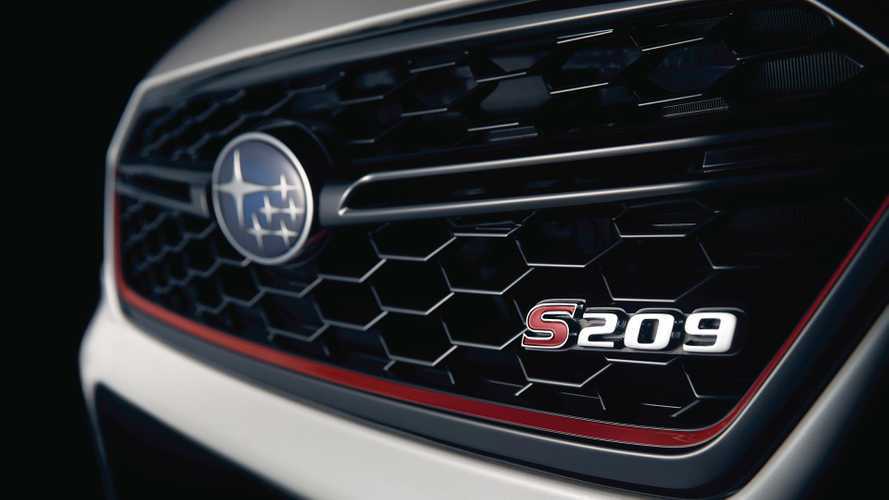 Subaru Tecnica International announced today that it will reveal the limited-edition STI S209 at the North American International Auto Show on January 14th.

About Subaru Tecnica International, Inc.
Subaru Tecnica International Inc. (STI) is a subsidiary of SUBARU CORPORATION (SBR), which was established to undertake the motorsport activities of SUBARU. STI's core business is supplying motorsport base vehicles and competition parts and planning and developing SUBARU Limited Edition Models by applying special tuning techniques as well as planning and selling accessories and tuning parts to add variety to car life for auto enthusiasts worldwide. Through these operations, STI aims to provide its many SUBARU fans with special satisfaction.

About Subaru of America, Inc.
Subaru of America, Inc. (SOA) is a wholly owned subsidiary of Subaru Corporation of Japan. Headquartered at a zero-landfill office in Camden, N.J., the company markets and distributes Subaru vehicles, parts and accessories through a network of more than 630 retailers across the United States. All Subaru products are manufactured in zero-landfill production plants and Subaru of Indiana Automotive, Inc. is the only U.S. automobile production plant to be designated a backyard wildlife habitat by the National Wildlife Federation. SOA is guided by the Subaru Love Promise, which is the company’s vision to show love and respect to everyone, and to support its communities and customers nationwide. Over the past 20 years, SOA has donated more than $120 million to causes the Subaru family cares about, and its employees have logged more than 40,000 volunteer hours. As a company, Subaru believes it is important to do its part in making a positive impact in the world because it is the right thing to do.