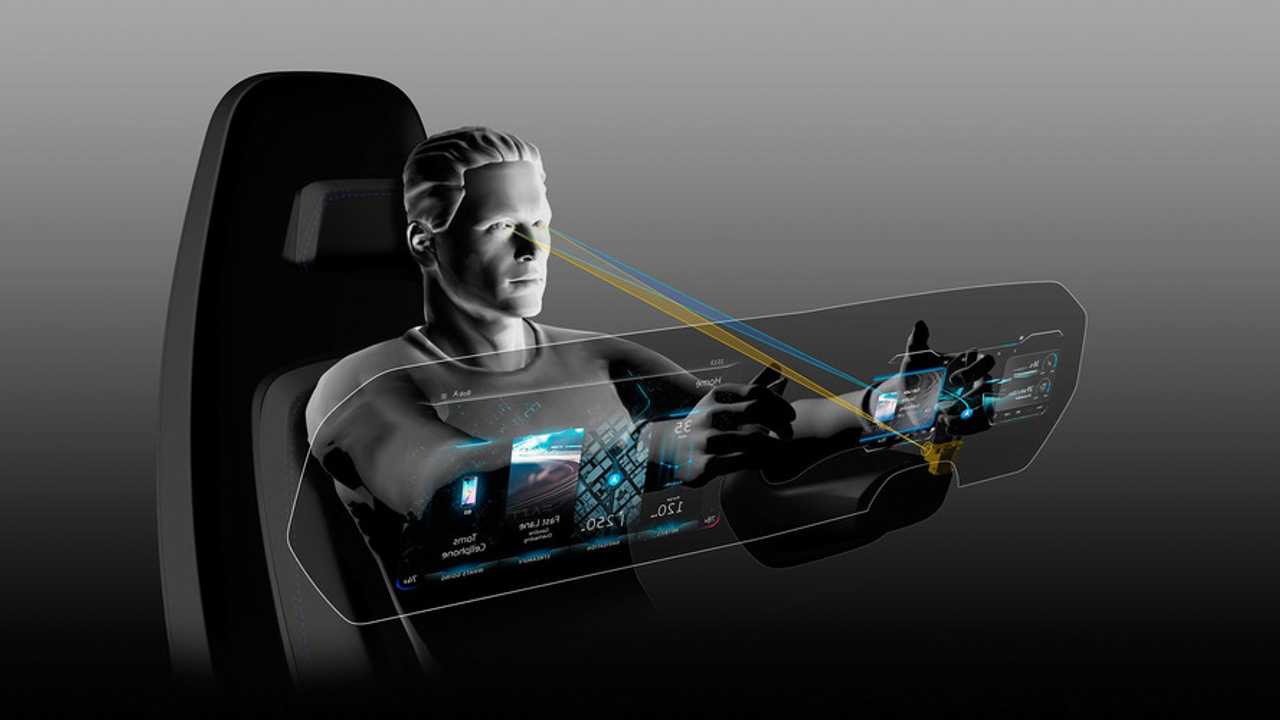 VOLKSWAGEN DEMONSTRATES THE FUTURE OF DIGITAL PERSONALIZATION AT CES 2017

I.D. Concept makes its North American debut, as preview of all-electric model to launch in 2020, with autonomous driving option arriving in 2025

Las Vegas, January 2017. Under the slogan “We are always on,” Volkswagen is enabling CES 2017 attendees to experience its vision of tomorrow’s mobility, moving away from the traditional car and consumer relationship, towards a new digital community—one that is intelligently connected and sustainably mobile.

Visitors to the show can experience this conception live, in three themed zones. In the “Connected Community,” the focus is on the interconnected consumer. Using a unique Volkswagen User-ID, each user is able to configure his or her personal digital preferences, enabling them to easily take them from one Volkswagen to another. No matter which vehicle they enter, their favorite music, screen configurations and optimal seating positions greet them on arrival. “Intuitive Usability” then provides a preview of future control concepts—from a three-dimensional instrument cluster and Eyetracking sensors to an AR Head-up Display.

In the “Smart Sustainability” zone, Volkswagen uses the North American debut of the electric I.D. concept car to demonstrate zero-emissions and autonomous driving in combination with an all-new design style. The I.D. brings together the four Volkswagen fields of innovation: Connected Community, Intuitive Usability, Smart Sustainability and Automated Driving.

Volkswagen is known for pioneering the use of new technologies in mainstream vehicles, and CES 2017 offers exclusive insights into Volkswagen's ongoing development efforts.

Connected Community
At CES, Volkswagen is presenting a range of connectivity features systematically geared to the user's digital needs, all of which begins with the use of the Volkswagen CES App. Using the app (for use with iOS and Android), visitors create a personalized profile—their Volkswagen User-ID. At the individual stations, show visitors are able to configure their personal ID settings quickly and easily. An array of different functions, such as selecting a favorite shade of ambient light, can be performed directly within the app. In the Connected Car, visitors can then try out their personal configuration live.

For example, using their Volkswagen User-ID, visitors sign onto the standard display settings, then configure in-dash screen content according to their wishes and preferences. Their settings are recorded in their ID, and are then transferred to the Connected Car on entry. For vehicle specific software features, visitors can pick favorites for their personal ID in a virtual Volkswagen store within the app or at the relevant user station at CES, including services like Digital Voice Enhancement, In-Car Communication to Car-Net®, and Ready for Nav.

Unveiled at CES 2015, the Volkswagen Digital Key, lets you use your smart phone as your key. Until now, however, the feature has been limited to a specific vehicle and only covered remote opening and closing functions. At this year's show, an enhanced Digital Key is being shown with a whole array of technical possibilities. Visitors can now simply hold their smart phone containing their Volkswagen User-ID up against the Connected Car's door handle, and the doors immediately unlock. Access rights can also be managed and shared for multiple vehicles. For example, an owner can give family or friends unlocking rights for a certain length of time, or even allow the trunk to be accessed by delivery drivers for parcel drop-off.

VW User ID also enables streaming entertainment to the car. CES visitors are able to link to partner services by app or via the portal at the user station. The Connected Car is specially equipped for video streaming presentations, with two tablets mounted to the backs of the front seats. Once the determined content has been transferred to the vehicle, it is easily accessed via the central infotainment display.

Volkswagen is not only connecting driver and car in unprecedented fashion, but the home as well. CES visitors will be able to experience the DoorBird, “LG” and Volkswagen My Rules apps. DoorBird alerts the driver, through the central infotainment display, whenever anyone is at the front door of their home and ringing the video door bell. “LG” enables such functions as switching the lights at home on or off remotely. The technology also helps the forgetful as well, sending a message via the Volkswagen My Rules app, whenever you leave something important behind at home. A trigger or connecting a phone causes the app to initiate a search for all objects and devices linked to the app with small Bluetooth tags. DoorBird is already available in North America, and Volkswagen plans to launch the additional MirrorLink-based apps in Europe before the end of the year.

Visitors at the show will have the unique opportunity to try out Volkswagen’s in-vehicle integration of Amazon’s virtual assistant Alexa. Through a hands-free demonstration, users can contact the Alexa Voice Service of their home or office Amazon Echo system, operating any available function from their car in an easy, convenient way. Users can also ask Alexa to perform advanced functions such as resuming an audio book they began at home.

Volkswagen is additionally combining the Alexa Voice Service with Car-Net functions. In the future, this will make it even easier for users to schedule appointments or plan errands and always stay connected and up-to-date in their vehicles. This in turn makes it possible to control Car-Net functions from home or the office. If they decide to buy flowers on their way home, the navigation can be programed with a voice command like "Alexa, ask Volkswagen the way to the nearest flower shop." A follow-up "Alexa, ask Volkswagen how much gas is left in the tank" can determine if they’ll also need to fuel up along the way.  A demonstration living room on Volkswagen’s CES stand will allow visitors to see some of Alexa’s potential in connecting home to vehicle.

In the Connected Car, visitors to CES can integrate their own digital world into the vehicle. This experience is a systematic continuation of the e-Golf Touch, which Volkswagen presented at last year's show. In addition to the integration of functions via the Volkswagen User-ID, another very new and notable feature is intelligent voice-controlled navigation. This system's natural, free voice control represents a milestone in user interaction.

The voice control works using natural speech ("I need to refuel, or "I'm hungry")
It can be activated using any keyword selected from a list
The activation word can come anywhere in the sentence. "Volkswagen, I want to go to Phoenix" or "I want to go to Phoenix, Volkswagen" will both yield the same result
If asked, the system can provide insight for why it chose the proposed route. For example, "Volkswagen, why are you suggesting that gas station?" might return a response such as "That gas station is located directly on the route"
The POI search function can be linked with the driver's Facebook account. Navigation will then take any favorites saved in Facebook into account when planning a route
Through artificial intelligence, the system becomes increasingly familiar with a user and his or her preferences over time, utilizing this knowledge for highly personalized route suggestions

The rapid progress of digitalization is changing user behavior and with it, the requirements for instruments, displays and controls. But even in the digital age, Volkswagen's goal remains the same: user operation must be simple and ergonomically perfect. To ensure this, the communication channels between person and car are continually being optimized and developed.

At CES 2017, Volkswagen will showcase the next stage in the development of its Digital Cockpit, 3D technology. Two screens, set one behind the other, create a 3D feel with an amazing impression of depth. The multi-dimensional presentation combined with excellent image quality makes learning to use the display quicker and easier than ever before.

Another new technology is Eyetracking, which recognizes where the driver is looking inside the vehicle. The technology can reduce the amount of information shown when the display is not being viewed. Graphical animations are intentionally shown only when the driver looks at the screen. At the same time, users reach the control they want faster, as there are no longer any intermediate steps in the menu, and fewer controls to be accessed through the steering wheel.

Another notable highlight is the AR Head-up Display, which projects information graphics in virtual form ahead of the vehicle. This technology is beneficial in that it is less tiring on the driver's eyes than traditional vehicle displays. In terms of function and feel, Volkswagen goes far beyond what other manufacturers have presented in this realm, showing information on two levels:

Level 1—Data that is relevant to the route or distance to the vehicle ahead appears on the road, several meters ahead of the vehicle. As a result of the natural positioning on the road itself, the display fits seamlessly into the surroundings. The driver now understands information more easily than ever before, significantly reducing driver distraction.
Level 2: All other data, such as the infotainment, are presented by an AR Head-up Display closer to the windshield. Here, drivers are able to access any personally relevant information without having to take their eyes off the road.

The car’s central infotainment display and multifunction steering wheel builds on the control concepts of the Golf R Touch (CES 2015) and BUDD-e (CES 2016). The Interactive Experience system's central infotainment display features multi-finger recognition, allowing users to adjust the air conditioning system or audio volume via a menu. Tactile feedback and smart illumination help users find their way around without having to take their eyes off the road. The same principles are used on the multi-function steering wheel's control pods, improving ease of use.

The visionary I.D. combines the digitally connected world with an electric powered car that, when desired, can drive in full autonomous mode. The concept car made its world premiere last year at the Paris Motor Show. At CES, Volkswagen is presenting it for the first time to the American public. The production version of the I.D. is planned to launch as early as 2020, with plans for fully autonomous driving by 2025. The car’s autonomy, named I.D. Pilot, is activated by touching the VW logo on the steering wheel, signaling it to disappear into the instrument panel, making more usable space for the driver-turned-passenger.

Much of what Volkswagen is showcasing at this year's CES will be standard issue in the I.D. when it goes on sale. Drivers will open and turn on the I.D. using their smart phone as a Digital Key. Their personal seat and air-conditioning settings, favorite radio stations and media playlists, sound system settings, contact details of friends and business partners, and the configuration of their navigation systems will all be uploaded through their Volkswagen User-ID. Also on board will be advanced technologies such as the AR Head-up Display and Eyetracking. The I.D. combines the brand’s themes of Connected Community, Intuitive Usability and Smart Sustainability, adding fully-autonomous driving to it all.

The technologies showcased by Volkswagen at CES are not just visions of the future. By visiting current Car-Net offerings at the “Wall of Apps”, visitors can learn about the range of standard features already available today:

Car-Net App: Conveniently manage the remote functions of the 'Security & Service' pack through the use of a smart phone. Originally exclusive to electric models, the Car-Net App is now available in an increasing number of models with internal combustion engines.
App-Connect: Enables practically all smart phones (Android 5.0 or Apple iOS 8.1 and above) to be fully integrated into the vehicle via Apple CarPlay™, Android Auto™ or MirrorLink®.
Media Control: Using Media Control, users are able to enter navigation routes into the infotainment system or update playlists easily via smart phone or tablet. Video streaming is now also integrated.

Notes: This press release and images from CES 2017 will be available at media.vw.com.

Features may not be available in all markets.